The Saint Of The Gutters 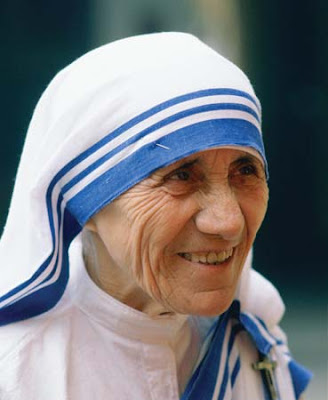 Novelist M.K. Chandrasekharan's next novel is about Mother Teresa, the nun who spent her entire life among the poor in Kolkata

In 1994, Mother Teresa had come to Kochi on a visit. Novelist M.K. Chandrasekharan saw her at close quarters on Banerjee Road. “I did a namaste, and shook her hand,” says Chandrasekharan. Mother Teresa had sunken eyes, a wrinkled forehead, and wore a white cotton saree, with blue stripes. “So many people gathered around this simple woman,” he says. “I realised that she had a spiritual strength. It sparked my interest in her. And I began reading articles and books about her.”

But it was eighteen years later that Chandrasekharan finally decided to write a book on Mother Teresa. But to get a better idea, in June, 2011, he went to the City of Joy to do some fact-finding.

In Kolkata, he had difficulty in locating the headquarters of the Missionaries of Charity. Near a mosque, he asked a man, and the latter said, “Don't worry, I will take you there.” They got onto a bus. “He did not ask me my name, neither did I ask,” says Chandrasekharan. “He bought my ticket. And at the correct stop, the Muslim got down and showed me the way to the gate. This is the power of Mother Teresa. The people, irrespective of caste or creed, regard her as a saint.”

There the nuns allowed Chandrasekharan access to the library where he read many books on the saint. Thereafter, he visited the various institutions run by the Missionaries of Charity, including the Shishu Bhavan, an orphanage, and Nirmal Hriday, (The Home of the Pure Heart), where people, mostly aged beggars, who are about to die, are housed.

During the research, Chandrasekharan uncovered an incident that took place at Nirmal Hriday. “There was a rumour that the last rites of all the victims were done according to the Christian religion,” says Chandrasekharan. “Many Hindu fanatics gathered around one day in protest.”

But when they rushed inside the building, accompanied by a police officer, they saw that Mother Teresa was taking out maggots from the body of a sick man. “The people stared at her, but Mother Teresa was oblivious,” says Chandrasekharan. “After she finished, she turned around, and said, 'This man is dying. If I am doing anything wrong, please tell me.'”

The police officer looked at the crowd, and shouted, “Can you do this? Can your family members do this?” The people shook their heads. Later, Mother Teresa clarified that the last rites were done in accordance to the person's religion. “Thereafter, she was allowed to work in peace at Nirmal Hriday,” says Chandrasekharan. “The reason why Mother Teresa had such an impact was because to love the 'poorest of the poor' is the most difficult thing to do.”

The style that he has adopted for 'The Mother' is fictional, and written from a first-person point of view.

“The novel begins with Mother Teresa in her dying moments,” says Chandrasekharan. “She is hovering between consciousness and unconsciousness. When Jesus Christ approaches, she wards him off. 'You are a myth,' she told Jesus Christ. 'I did all this for You. The pain that You endured on the cross, You have passed it on to us.' As she was drifting closer to death, some angels appeared in front of her. Jesus Christ appeared again and said, in a firm voice, 'You and I are One.'”

Incidentally, the foreword has been written by Fr. Paul Thelakat, the spokesperson of the Syro-Malabar Catholic Church. As for Chandrasekharan, this novel, which will be published soon, is his 27th book. Thus far, he has written 11 novels, 10 short-story collections, and a few non-fiction books on cinema and travel. “It is tough financially, but I love writing,” he says.