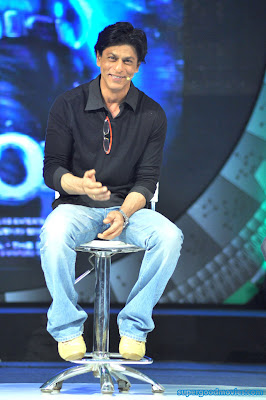 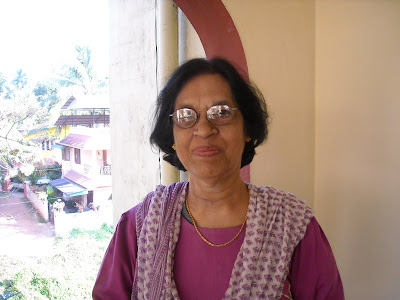 Kochiite Annie George recalls her memories of teaching the Hindi film superstar as a teacher in St. Columba's school at New Delhi

On a winter day in 1975, Shah Rukh Khan placed a basket on Annie George's table in St. Columba's school at New Delhi. It contained a German Spitz puppy. “Their family dog had given a litter,” says Annie, 82, at her Kochi home. “So Shah Rukh gave me one, because I was the class teacher.” He also gave two puppies to Mrs. Vanderholt, the elocution teacher, because she had many dogs at home.

During a break in classes, Annie went outside the school and brought a packet of milk from the Gol Market. “The puppies were hungry and I fed them some milk,” she says. When Annie took the puppy home, her daughter Shirley was the most excited. “She loved dogs,” says Annie. Eventually, the puppy, named Nunu, remained with them for 13 long years.

“Shah Rukh was a good student,” says Annie. “He would always be in the top ten. He was a well-behaved boy, who also excelled in sports like cricket, football and swimming. But he seemed like a leader. The boys would crowd around him and say, 'Shah Rukh, Shah Rukh'.”

What Annie liked most about Shah Rukh was the way he respected all the teachers. “He was also friendly with all the students,” she says. “Shah Rukh was dynamic. I could see that he had a lot of energy.”

Shah Rukh was interested in dramatics from a young age. “Brother Eric D'Souza, the vice-principal, seeing that he had talent, encouraged him a lot,” she says. Shah Rukh would take part in one-act plays, and, in fact, did a solo act in a play called 'Wiz'. Many years later, he would publicly hug Brother D'Souza and thank him for his encouragement.

When asked whether she felt that Shah Rukh would become a great actor, Annie shook her head. “But I remember one student came up to me one day, and said, 'Miss Annie, Shah Rukh wants to be an actor.'”

At the parent-teacher meetings, Shah Rukh's parents would be in attendance. “His father, Taj Mohammed Khan, was a man of few words,” she says. “I could see that Shah Rukh was a little afraid of him. On the other hand, his mother, Lateef Fatima, was very soft. She was a magistrate. I heard that while his father died of brain cancer, in 1981, his mother died in an accident a few years later.” In 1989, he went to Mumbai to become an actor.

Meanwhile, Shah Rukh Khan's high point in his school career was when he was awarded the Sword of Honour when he was in Class 12 for being the best all-round student.

Annie says that she did not have any contact with him once he left school. “But I remember seeing him once when he came to meet a teacher, Seetha Venkateshwaran, who was interested in dramatics,” says Annie. “He had become slim and angular.” At that time, Shah Rukh was doing his Economic Honours at Hansraj College.

Annie also did see the television serial, 'Fauji' in 1988, in which Shah Rukh played the hero, Lt. Abhimanyu Rai, and became an overnight celebrity. “I knew that he would become a big star just by seeing him in this serial,” says Annie. “There were others who felt the same.”

Today, Annie, a widow, lives alone in Kochi, after a fulfilling 33 years as a teacher in St. Columba's. And a few days ago, her Bangalore-based daughter Shirley called her up and asked her to see the telecast of the Asianet Film Awards show at Dubai . She quickly switched on the television set and saw her former student dancing brilliantly, as usual, with all the Mollywood stars. “I felt so proud to see him,” she says, with a wide smile.