Going bust in the IT industry 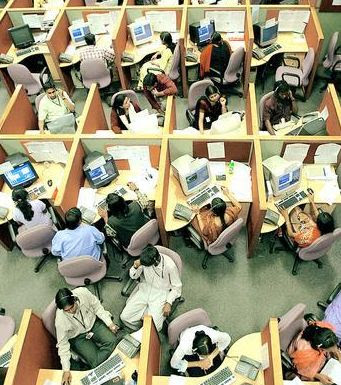 Many marriages are ending in divorce, because of high salaries and a no-holds barred lifestyle

Govindan and Reshma had an arranged marriage. He is 28, while she is 24. Both of them worked in the IT park at Kakkanad. Within the first few months after the marriage, Govindan developed a contempt for his wife. He said, “You are far below my mental level.” Reshma is a homely girl, while Govindan is focused on his career and keeps reading books to stay abreast of the latest developments in Information Technology.

Two years have gone past and they have a daughter. But, recently, Govindan began an affair with a Bangalore-based divorcee, whom he met through Facebook, the popular social media website. They have gone for holidays to Dubai.

“He is not bothered about whether his wife knows about the affair,” says Prof. V.J. Antony, a counsellor in Kochi for the past 32 years. “Reshma is shattered. She asks me, 'What should I do?'”

Sudhi and Mani fell in love when they were in Class 8. They were studying in the same co-educational school in Kochi. When they grew up, they became classmates during an engineering course in Chennai. Soon, they secured high-paying jobs in the IT industry, and got married. Within months, she got pregnant.

Sudhi resigned from her job and went back to her parents’ home in Kochi. She gave birth to twins: two girls. Mani came to see the children. They spent two blissful weeks. Then Mani returned to Chennai.

Thereafter, for the next seven months, Mani did not take a single call from Sudhi. “I have sent more than 500 SMS,” she says. When their daughters' first birthday came up, she sent a SMS inviting him to the celebrations. He replied, “What is the proof they are my children? Anyway, I have fallen in love with somebody else.”

Sudhi is shattered. She cannot believe that a man whom she had known for ten years would abandon her so callously.

Like many marriages in the IT industry, this is also heading for a divorce. The divorce rates in Kerala are going up. In 2009-10, the number of divorce cases numbered 11,600, with the majority being from the IT industry.

"The situation is disturbing," says Rajiv Menon (name changed), a senior legal practitioner, who works at the Family Court, Kochi. "Most couples, who work in the IT industry, break up within two to three years of marriage."

Rajiv puts it down to the odd working hours, usually at night, the high stress of the job, and an egoistic attitude. "The spouses adopt an attitude of superiority to each other," he says. "There is also a lack of communication, which causes many mis-understandings."

Inevitably, the youngsters lose their equilibrium. “There is a widespread prevalence of pre-marital sex,” says Antony. “They have been influenced by the serials on TV which glorify pre- and extra-marital sex, in order to garner good ratings.”

But once they get married the problems begin. “Premarital sex has a powerful impact on a girl,” says Antony. “Many of them suffer from a guilt feeling and feel compelled to tell their spouses about their escapades. When they do so, the husbands are devastated and refuse to accept them.”

The man, on the other hand, tends to compare the love-making. “During pre-marital sex, a couple will indulge in a lot of passionate experimentation,” says Antony. “But in marriage, usually, this does not happen.” So, the man becomes disappointed with the wife. He feels that she is docile, passive, and unadventurous.” The seeds of divorce are sown in these initial days.

So what advice would the counsellor give to youngsters? “They should avoid drinks, drugs, watching blue films, and pre-marital sex,” he says. “They should be careful of sites, like Facebook, where there are a lot of dangerous people who are trying to trap youngsters, especially girls.”

(Case names have also been changed)