Where the mind is without fear 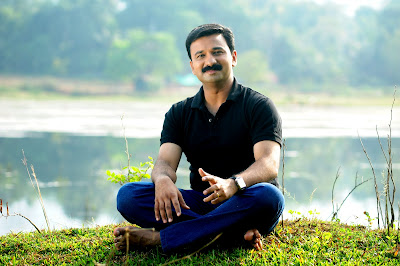 When you look at the support staff list of the Indian Premier League (IPL) teams, there is a head coach, an assistant coach, bowling, batting and fielding coaches, a team physiotherapist, a masseur and a team coordinator. “But there is no mental coach,” says Vipin Roldant, HOD of the Department of Psychology, Counselling and Coaching at the Sunrise Institute of Medical Sciences, Kochi. “Teams are not addressing the mental aspect. And that is a big mistake. The mind plays such a crucial role in success in cricket.”

Suppose four wickets are down for 50 runs and the batsmen are sitting in the players’ area awaiting their chance to bat. “The player's mind will be filled with negative thoughts and performance anxiety,” says Roldant. “It is during this critical moment that if a mental coach is present, he can emotionally support the player.”

First he will tell the cricketer that the present situation is an opportunity, rather than a stressful situation. It is a chance to make a mark. “Slowly, the coach will be able to infuse the player with mental toughness and energy,” says Roldant. “The cricketer begins to relax and feel confident. Then when he goes out to bat, the chance of doing well is high.” But this is not what usually happens. When the TV camera pans towards where the players are sitting, the coach as well as the support staff and the players have a tense look on their faces.

In the IPL, there is a competition between players of proven merit. “In fact, most of the players, especially the international recruits, whether they are from India, Australia, Sri Lanka or South Africa, are equally skilled,” says Roldant. “The difference is only of mental strength.”

In the course of a match -- forty overs -- these players face heart-stopping stress and pressure all the time. “Those who have a good control of their mind, moods, and emotions, and a high level of concentration will be able to play well and emerge victorious,” says Roldant.

The psychologist says that one of the major reasons for India's triumph in the recent World Cup campaign was the presence of mental conditioning coach Paddy Upton.

“It was he who changed the mind-set of Yuvraj Singh from failure to success,” he says. In fact, from the quarter-final onwards, the team was highly motivated to win.

“It could be because of the common goal of enabling Sachin Tendulkar to fulfill his dream of winning the World Cup,” says Roldant. “Paddy would have played a very important role in setting and re-affirming this goal.”

It also helped that the captain, Mahendra Singh Dhoni, was cool under pressure. “Dhoni looked tough and confident all the time,” says Roldant. “It showed that he had a balanced mind. On the other hand, when Sourav Ganguly was captain, he would often bite his nails and exhibit other signs indicating that he is under duress.”

Tenseness rarely translates to success in international sport, or any other profession. However, one sure-fire method for victory is the practice of visualisation.

When the Wright brothers flew a plane for the first time, where did the flight take place initially? “It took place in the imagination first, and was followed by reality,” says Roldant. “If we continually visualise the things that we want and believe in it, it will actually happen. Cricket is a mind game. It is the power of the mind that makes one team triumph over the other.”

Incidentally, there are three levels of thinking: negative, positive, and faith thinking. “The last is a fierce belief in one's ability, accompanied by will power and a deep faith in God to achieve one's goals,” says Roldant. “If Kochi Tuskers practices 'faith thinking', they will be able to win a lot of matches.”