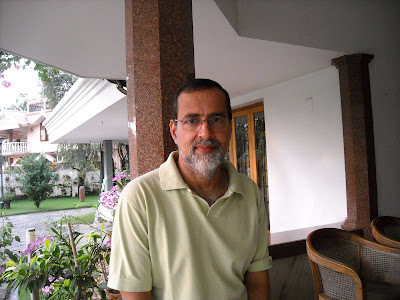 As told to Shevlin Sebastian

What does the average MLA in Kerala do when he is elected? He attends weddings, baptisms, religious functions, funerals, cultural events, and inaugurations. Should this be the duty of the MLA? It is a waste of energy and focus. Instead, he should be using his time to develop the state.

When you travel to Mumbai, Chennai, Bangalore or Ahmedabad, a lot of development is taking place. New overbridges, flyovers, and highways are coming up at tremendous speed. There is an economic boom in the country, but there is no sign of it in Kerala.

For example, take the Smart City (IT Park). It took so many years to get it signed. Still, at this moment, not a brick has been put up. It was not sanctioned earlier. Suddenly, it has been given the go-ahead. Why did the government say 'no' earlier and 'yes' now?

To foster development, you need a co-operative labour force. But we have to deal with the menace of nookukooli (trade union workers being paid to watch others work). The contractors’ association has an agreement with the unions. When a tipper lorry comes to unload cement or sand, automatically, some money is paid to the unions. This is a hidden and accepted evil. The contractors will pass the expense to the builders and costs go up.

When I discussed this with the leaders of the BMS (Bharatiya Mazdoor Sangh) and the INTUC (Indian National Trade Union Congress), they said that if the CITU (Centre for Indian Trade Unions) stops the nookukulli, they are ready. A BMS leader told me that if he banned his members from taking nookukulli, they will resign and join the CITU. So, to stop nookukulli, you need political will.

None of our senior politicians have a political will or a vision. Most suffer from a lack of knowledge. Nowadays, knowledge is power, thanks to the rise of new technologies and social media.

Many leaders are also stuck in an out-dated Communist mind-set, which has been abandoned by Russia and China. Leaders in both these countries have realised that expansion can come only through private investment. Our leaders in Kerala should also realise this.